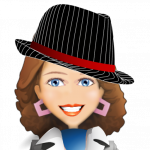 The "Take Back Your Life" Girl

Everyone’s a genius. At least until you need to climb a tree to pass a test.

There is a quote circulating on the internet, attributed to Albert Einstein, that states that everyone is a genius until they are judged by their ability to BE something they are not.

It’s an awesome quote and one of my favorites,  I will get into that later, but it was
NOT a quote by our dear Albert.

Einstein was prolific to be sure, and he was unarguably intelligent, but his bag of
pithy quotes is not nearly as large as the internet would have us believe.

In other words, most quotes attributed to him are not his.

The “internet” just LOVES any opportunity to garner attention and what better way
to do that than to come up with something “cool or even a bit “warm and fuzzy”
and then attribute it to someone with major credibility?

The facts that everyone is now likely to “like” what you posted and no one is likely to
verify what you wrote, you have just given yourself a huge upswing in the algorithms
of most social media/search platforms.

Not to mention that your quote now becomes a part of the “I know it’s true ‘cause
I read it on the internet” resource file for anyone else looking for great stuff to easily
post or share. (Shame on you journalists and pro bloggers)

But that’s not the the point of this post.

As I mentioned, this is one of my favorite quotes. Mainly because of the its’ source.

The quote comes from an wonderful story in an essay titled,  “Educational Allegory”,
by Aesop Jr (aka Tufts University Professor, Amos Dolbear), in the 1899 edition of
the Journal of Education, on the foolishness behind the educational system
(don’t even get me started) premise expecting everyone to learn the same things
in the same way so they can become the same “well rounded” template as every
other student, even to the extent of losing any unique gifts or talents they were
born with.

The story ends with characters who could no longer do what once came naturally,
and who failed to graduate because they could not do what they were told they
needed to do to pass, but had no natural ability to accomplish.

Well rounded being the desired results considered imperative to any good education. 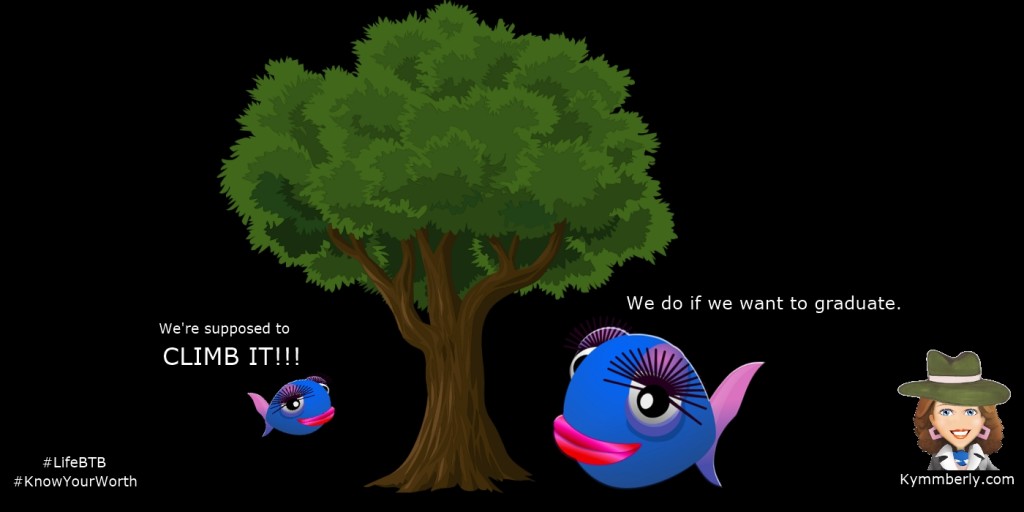 Sadly, no one in education bothered to pay attention and the system has actually gotten
much worse. (who is shocked at that?)

There’s an old saying that says, a Jack of All Trades is a Master of none, and yet that
is exactly who we educate our young to become. Compliant little templates, who may
or may not enjoy what they do- but who cares as long as they do it!

Work to develop your weaknesses,
Do what it takes to become a good employee,
Don’t be a dreamer,
Ignore any parts of yourself that might have you stand out from the “norm”
BECOME what is expected of you.

We won’t even get into the damage to the natural development of healthy self esteem.

As someone who believes that everyone was endowed by their creator with certain
inalienable gifts and talents, I get VERY prickly at anything that pushes people to
become someone else at the expense of who they were created to be- which our
educational system does in spades.

Even as adults we are subjected to this nonsense, as some supposed “specialists”
are on the same band wagon, offering services to help people “learn to strengthen
their weaknesses”.  While this may be somewhat helpful to make a relationship better
(in certain circumstances) in business it is just plain dumb.

Why waste time and energy becoming something you were not meant to be?
Chances are, even if you were to manage to turn a weakness into a strength, you
would not likely enjoy doing it, especially on a daily basis, since it is NOT a natural
part of who you were created to be.

The smarter move is to take the gifts and talents you were born with and spend the time
and energy, developing and mastering them and then dominate the world within those categories.  The ROI is unbeatable.

You can always pay someone/partner with someone who has strengths you do not
possess, creating an even stronger unbeatable team.

So, although he actually borrowed the actual premise from God, I bow to Professor
Dolbear for having the common sense to write that essay.

To Your Blessed Success,